There has been some interesting comments on this blog re: the evidence (or lack thereof) for the claims of various brain fitness programs. Therefore, I'd like to make a offer.
If anyone is aware of, or has access to, peer-referred journal articles that provide evidence for (or against) any brain fitness programs, please email them to me (iap@earthlink.net). I'll collect them and post them for review by readers.

Posted by Kevin McGrew at 9:46 AM No comments: 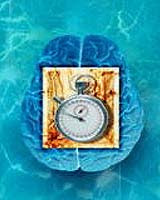 FYI cross-blog post. Check out post I just made at IQ's Corner regarding rapid auditory processing (timing based), auditory processing (Ga) as per the CHC theory of cognitive abilities, and the general internal brain clock research.
Posted by Kevin McGrew at 1:58 PM No comments:

Posted by Kevin McGrew at 1:50 PM No comments:

I guess the folks at Interactive Metronome (IM), who I have served as an independent consultant for re: a couple of research studies, must like what I'm doing at the IQ Brain Clock blog (click here to see my prior IM-related posts at this blog). They asked me (and I agreed) to serve as an Advisor on the IM Scientific Advisory Board. Thus, readers need to be aware of my new potential conflict of interest. I will typically make my potential IM conflict of interest overt when making IM-specific posts at this site (as well as my other blog and web page).
Posted by Kevin McGrew at 1:22 PM 2 comments:

Powered by ScribeFire.
Posted by Kevin McGrew at 10:03 PM No comments:

Brain fitness and the eldery - Wi on NBC news 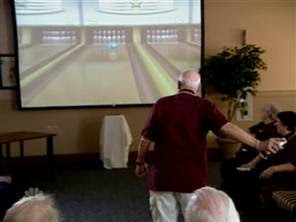 Powered by ScribeFire.
Posted by Kevin McGrew at 9:45 PM 3 comments:

Recently there has been some NASP listserv chatter regarding the Fast ForWord neurotechnology intervention program (click here) for kids with language or reading disabilities.

I've still not reviewed the intervention articles, but instead, have tried to find time to read some of the theoretical/empirical foundational literature that serves as the basis for the intervention. In the process I stumbled upon a nice overview of the conceptual/theoretical/research literature as articulated by one of the authors of this intervention program. The article was published (2003) in the prestigious (and one of my favorite) journals--Current Directions in Psychological Science.
Below are a few select quotes from the article:
I haven't had time to think this all through, but the focus on rapid temporal processing seems to have some parallels to the theoretical and intervention research related to my interest in the IQ Brain Clock--that is, mental or interval time-keeping. I sense some connections....I need to let things percolate in my cortex for a while. Comments by those who can make these connections quicker are appreciated.

Also, this research suggests that there are likely some yet specified narrow Ga (auditory processing) abilities that need to be investigated for possible inclusion in the CHC theory of cognitive abilities.

So many interesting articles to read...so little time


powered by performancing firefox
Posted by Kevin McGrew at 1:40 PM No comments:

Mental excercise via drawing at MoMA 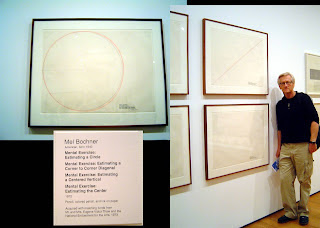 [Double click on image to enlarge]
I'm back! I returned safe and sound from the NASP conference in NY City. While in the city I took time to visit the Museum of Modern Art. My finance took a picture of me next to my favorite exhibit....a set of pencil drawings by Mel Bochner called "Mental Excercise"...where he drew various shapes freehand and then checked how accurate these shapes were (circle; diagonal line; etc.) with drawing tools. An interesting cognitive task.

Posted by Kevin McGrew at 9:12 AM No comments: